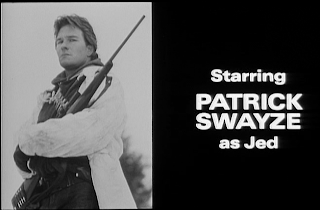 Yeah....don't adjust your sets. I'm awake and it's 4am my time. Some assholes just tried to steal my bike! I was up late working on some writing and took out my contacts, closed the computer and closed my eyes. Within 5 seconds I heard a noise outside. I glanced out the front window and there were 3 fuzzy white figures around my bike trying to drag it off. Instead of having the presence of mind to put my contact back in before reacting (so that I might get a good look at them or come outside with a bat to kill them), I banged on the window. They dropped the bike and scattered like little boys. I finally got the window open and yelled "Assholes". After I yelled it I realized I mainly yelled because they'd dropped my damn bike. I don't blame them for wanting it.....because it's cool as hell, but DAMN how stupid could you be? It has a huge obvious cable lock on the back wheel and the handlebars are locked to one side with the key. Did they really think they'd carry off 400 lbs. of motorcycle with 3 guys for more than a few feet? In the RAIN? Dumbasses. Surely they cased it before they came to get it at 3 am on a Monday night in the rain? Did they decide to ignore the lock? They didn't get 4 feet away before they were dead in the water.

Anyway....I'm up and wired and I'm pissed. I slowly got dressed, picked it up out of the street and put it on the sidewalk. It's now locked to a light pole, but I'm still worried that they'll return with proper tools to get rid of the lock. I'm going to try to pass out now and if it's still there tomorrow then I'll figure out a more fitting way to secure it. I kind 0f doubt those guys will return though....at least I hope so. That would likely take much bigger guts than they seemed to have when they scattered so quickly with just the tap on a window.

Maybe this is a sign that it's time for me to get out of London finally!?!?

Oh yeah....and I'll give you a heavy English pound if you know the movie the pic is from (without using the internet). I'm totally gonna go Swayze on their asses next time!
Posted by Alan at 9:18 PM

That could have thrown a kink in your plans...

Is the movie photo from Red Dawn?

yobs, i tell ya. be careful, though i know media just overblow everything, it seems the knife-crime is getting worse, along with everything.

damn someone already beat me to the movie.

Ouch! A little too close for comfort. Guess you'll just have to sleep on or next to your bike from now on...ya right. Got to be disconcerting though :-(